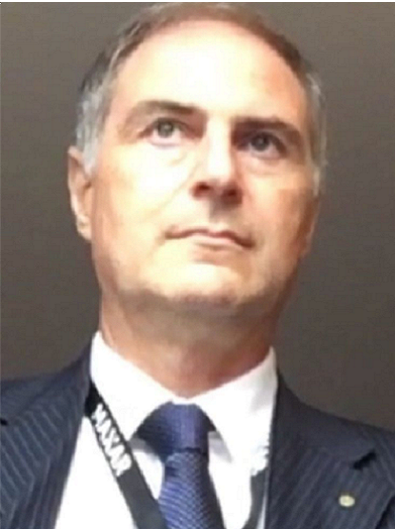 Graduated in Computer Science in 1994, he started his career as an Analyst / Application Programmer working for Financial System (in Salerno) and for Telecommunications (in Rome).

In 1996 he took his first position as Project Manager on TMOS platform (Telecommunications Management & Operations Support) at Ericsson Spa in Rome.

In 2000, in Rome, he carried out his first managerial role at Publitel Spa (Business Support Systems Manager) and from 2002 to 2005 he was Director of Information Systems of an emerging company in the TLC services (in Campania Region).

From 2006 to 2014 he was – first – CTO, and then General Manager of MARSEC (Mediterranean Agency for Remote Sensing and Environmental Monitoring), an Italian Public Company.

In 2015, he became General Manager of MAPSAT S.r.l. – an Innovative Startup Company in the Space Economy market – and then the CEO since 2017.

From 2019 he is member of the Technical Committee of the Aerospace District of Campania Region.

From November 2019, he was appointed Chairmen of the Board of GeneGiS GI Srl.